Join US for the next Cause Mapping Root Cause Analysis Public Workshop ONLINE on May 24-26!

Cause Mapping® is a root cause analysis method that improves the way people analyze, document, communicate, and solve problems. In many companies, problem solving is a confusing maze of different tools, baffling terms, and puzzling categories. An investigation should make a problem clearer, not more complicated. Cause Mapping demystifies root cause analysis. It’s an uncomplicated approach, grounded in the basics, that people find easy to learn and straightforward to apply. The Cause Mapping method leverages fundamental principles to improve both the effectiveness and efficiency of problem solving. Three key principles of Cause Mapping are: 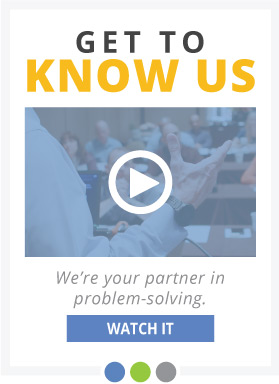 A clearly defined problem is an important step of the problem-solving process. Without a clear problem statement, people can drift off course, waste valuable time, and miss opportunities to solve the problem. The “problem” with defining problems is that everyone has a different perspective on what the “real” problem is. The Cause Mapping method uses a structured problem outline that reveals 3 key benefits to effective problem solving. A well-defined problem at onset will help you avoid the common pitfalls that can derail your investigations.

No special software required! Learn how to leverage root cause analysis across your organization using Microsoft Excel

A Cause Map provides a visual explanation of why an incident occurred. It connects individual cause-and-effect relationships to reveal the system of causes within an issue. A Cause Map can be very basic or it can be extremely detailed depending on the issue. Start on the left. Read to the right saying “was caused by” in place of the arrows. Investigating a problem begins with the problem and then backs into the causes by asking Why questions. The questions begin, “Why did this effect happen?” The response to this question provides a cause (or causes), which is written down to the right.

The next question is again, “Why did this effect happen?” The cause that was written down last becomes the effect for the next Why question. Anyone who’s ever had a three-year-old in their life will immediately recognize how Why questions change a cause into an effect. This is fundamentally how causes and effects link together to create a chain of events. Writing down 5 Whys, as shown below, is a great way to start an investigation because it’s so simple.

In the Cause Mapping method, a problem within an organization is defined as a deviation from the ideal state. A Cause Map always begins with this deviation, which is captured as the impact to the organization’s overall goals.

In addition to the standard Why questions, which tend to create linear cause-and-effect relationships, the Cause Mapping method also asks “What was required to produce this effect?” Anything that is required to produce an effect is a cause of that effect. This question, “What was required?,” allows you to build a detailed Cause Map that provides a more complete representation of the actual issue.

It should be noted that the popular fishbone cause-and-effect diagram starts with the problem on the right and builds the causes to the left. It was created by Kaoru Ishikawa (1915-1989) in Japan. The fishbone diagram builds from right to left because the Japanese language reads from right to left. The Cause Mapping method actually uses Ishikawa’s convention by asking Why questions in the direction we read. The fishbone is widely recognized as one of the standard quality tools. Ishikawa was a pioneer with his approach. The fishbone cause-and-effect diagram is part of every Six Sigma program. A Cause Map builds on the original lessons with the fishbone with some subtle but important distinctions.

How does the Cause Map differ from the fishbone approach? 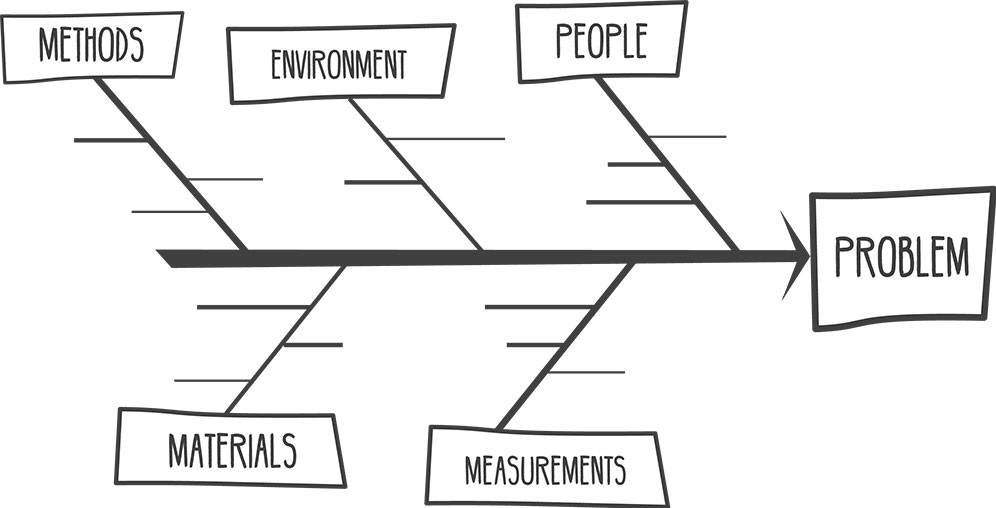 A fishbone starts with just one, single problem, which doesn’t reflect the nature of real-world issues. It reads right to left because the Japanese language reads that direction. It mixes causes and possible causes without specifying evidence. And, it breaks apart the fundamental cause-and-effect relationships within an issue by grouping the causes into general categories.

5-Whys on a Cause Map

The 5-Why approach is an excellent example of basic cause-and-effect analysis. Just as a journey of a thousand miles begins with the first step, every investigation, regardless of size, begins with one Why question. The Why questions then continue, passing through five, until enough Why questions have been asked (and answered) to sufficiently explain the incident. The 5-Why approach, created by Sakichi Toyoda (1867 – 1930), the founder of Toyota, is a simple way to begin any investigation. A Cause Map can start with just one Why question and then expand to accommodate as many Why questions as necessary. Some refer to the Cause Mapping method as “5-Whys on Steroids.”

Some causes are linked with “AND” in between

ANDs show where more than one cause is required. When an effect has more than one cause, both causes are placed on the Cause Map. Each cause is connected to the effect with AND placed in between. These causes are independent of each other, but they are both required to produce that effect. An AND is needed when people provide different, yet valid, explanations of a cause. People think of cause-and-effect as a simple one-to-one relationship: an effect has a cause. In reality, every effect has causes.

View our selection of workshops specializing in Cause Mapping methodology and other topics related to risk and reliability — available as public workshops, on-site training, or online.

Bring a Workshop to Your Site